Deprecated: Function get_magic_quotes_gpc() is deprecated in /home/customer/www/wiki.wheatgenetics.k-state.edu/public_html/includes/WebStart.php on line 37

Deprecated: assert(): Calling assert() with a string argument is deprecated in /home/customer/www/wiki.wheatgenetics.k-state.edu/public_html/includes/parser/Preprocessor_DOM.php on line 567

Deprecated: The each() function is deprecated. This message will be suppressed on further calls in /home/customer/www/wiki.wheatgenetics.k-state.edu/public_html/includes/MagicWord.php on line 879 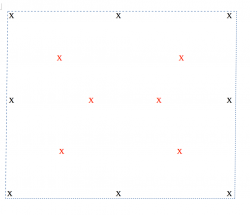 Figure 1.2a: Example layout of the uniformly distributed Ground Control Points in a phenotyping field.
. Six to eight GCPs should be installed in the outside periphery and the rest can be distributed uniformly inside the field, preferably, in the alleyways, at the row-column intersections for better visibility. In case the field layout permits leaving a few blank plots, the GCPs can also be installed in the center of these plots.

Survey the GCPs with either RTK or a DGPS GNSS systems (whichever available) multiple times during the season to reduce the day/time bias. For best results, we strongly recommend recording multiple readings per GCP to get the precise positioning values. Some GPS units allow recording of raw NMEA GNSS strings at high frequency (1-10Hz). Therefore these units should be preferred, when available. The averaged Latitude, Longitude, and Altitude readings can then be used in the photogrammetry softwares to generate highly accurate orthomosaics and Digital Elevation Models or DEMs.

Make sure the surveyed GCPs are not disturbed/moved from their fixed positions throughout the crop season.

Generally, the white color GCPs are easy to spot, hence, should be preferred. Some photogrammetry software support automatic GCP detection. When available, these software customized GCPs can be used. Here are a few examples of GCPs that have worked well for us:

❏ White color tile (12" x 12") placed on top of the brick/paver base (Figure x.x): White tiles and bricks can be purchased from any hardware store. A base with 2-2.5" thickness should be preferred so as to avoid any dust deposition on the white surface.

1.2.2 Reference Panels: Place the reference calibration panel on a flat surface close to the first mission waypoint at a fixed position (Figure x.x). It is important to put the reference panels in the exact same orientation and position for each flight. This is to facilitate automatic processing of the panels based on coordinate positions. Small-size stakes/flags can be used to mark the corners of panels.

❏ These panels can also be utilized as a launchpad especially when it is wide. Also, in order to minimize the variations due to varying sun illumination and overcast, maximum aerial shots of calibration panel at regular intervals are recommended. This can be achieved either by using multiple calibration targets or by capturing images of a target at every landing and takeoff event during the mission. A 20% gradient grayscale calibration panel can be used as a reference panel. The details to build a calibration panel are described in the following sections.